So.  Shannon and I spent the majority of today storming around the lower east side of Manhattan on what we thought would be a simple mission: to obtain three (3) different (or if that was impossible then identical) mason/ball/kerr/generic canning jars.  I am creating track lighting out of edison bulbs, fabric wire, and ball jars, and all I wanted were some good jars.  So off we went into the city to find them.  Where we looked: K-Mart, Thrift Stores, Grocery Stores, Whole Foods, Kitchen Stores, Restaurant Supply Stores, Dean and Deluca’s… etc.  Finally, found one in Soho at Sur le Table, a cool Williams-Sonoma like store, but they only had one.  So we bought it and went on our way.  While this story isn’t overly interesting we did snap some photos of cool places we hit on our hike.

Such As The Whole Foods BEER STORE.  Insane amounts of beer, 5 beers to take as growlers which constantly rotate, and bombers out of your ears.  Sweet.  It Looks like this: 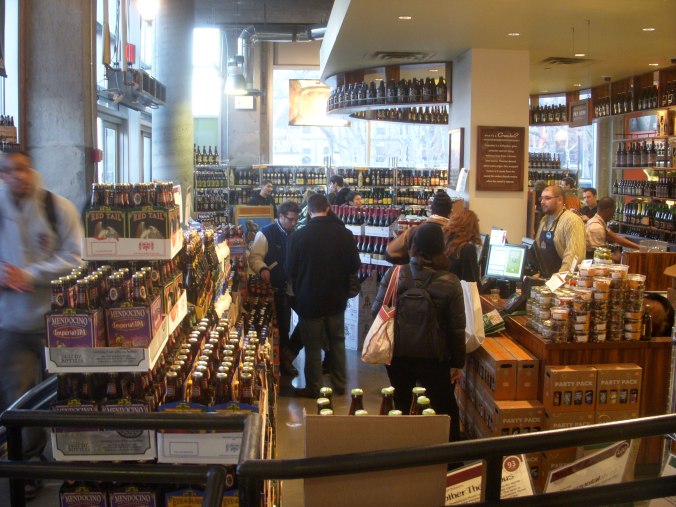 So many beers, So little time...

After visiting the Holy Land we decided to head home because as it turns out I (Tristan D Willey, who works in a running store specializing in stability shoes and orthodics) Have pretty severe plantar fasciitis.  Yeah.  So we hopped in a cab and found out way home.